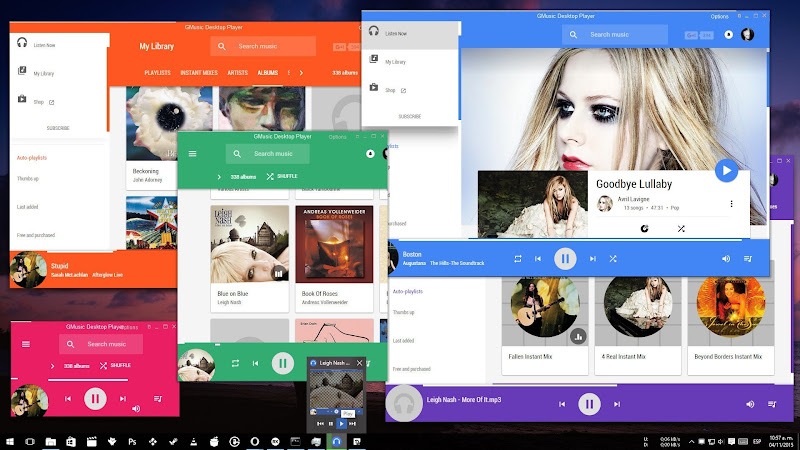 — Updated to newer Webkit engine
— Removed FreeRAM option, since it is not needed anymore
— Now it uses PPAPI Flash instead of the NPAPI, i.e. Now you should install Opera/Chromium Flash instead of Firefox’s Flash Plugin.
— Added full webkit/blink engine files, bigger download size but it is recommended. 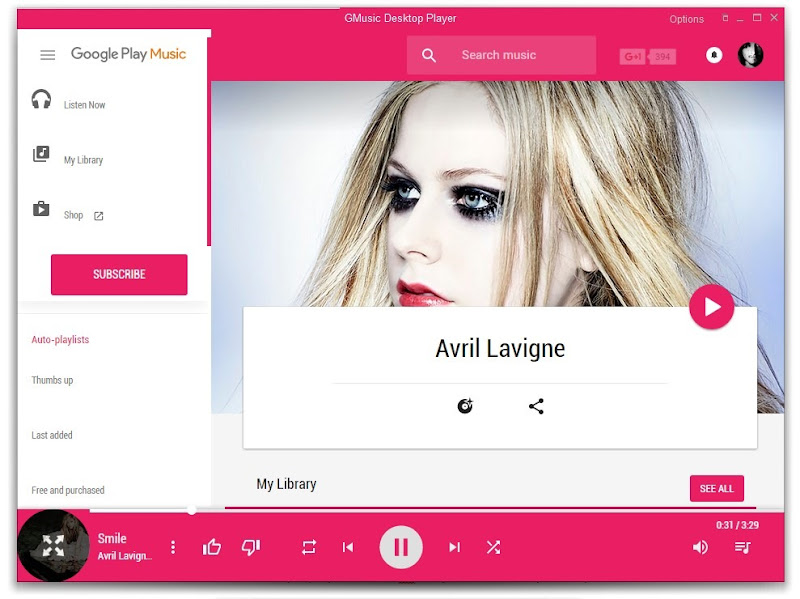 — Added back old options: popup notification on new song, freeram on new song start
— Disabled selection of HTML elements, except inputs
— Update userstyles using @media to give it a responsive layout theme
Known bugs: sometimes the application couldn’t be launch (or crashes on launch), it seems that using another executable as subprocess has to do with it, but just close the application and try again.

UPDATED: February 12th 2015
Beta: This is an update which works on a newer WebKit engine. It might contain errors.
— New: It allows to customize the application’s colors, just edit it in the userstyle, now your userstyle (css) will match your design.
— It still uses Flash due to licensing.
— It remains portable: you can clear the cache folder anytime you want to free disk space
— It requires subprocess.exe to run the webkit process, don’t remove/move it. 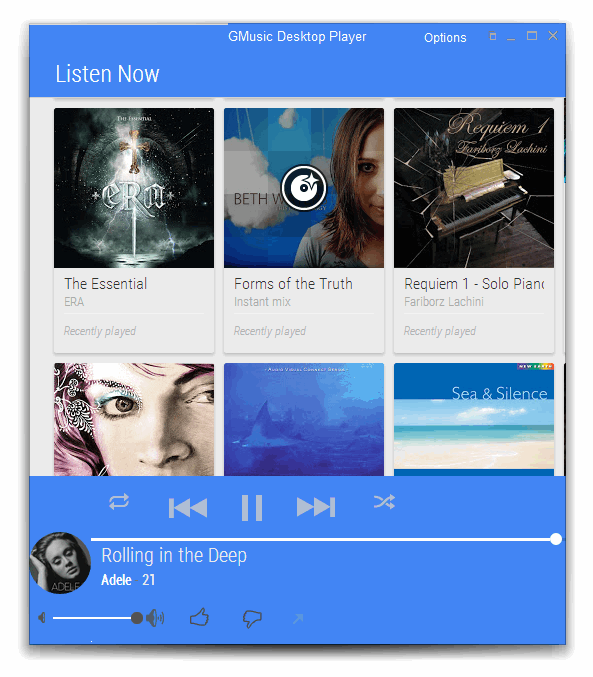 Custom User Styles (they are common css files, you can tweak it to your taste) 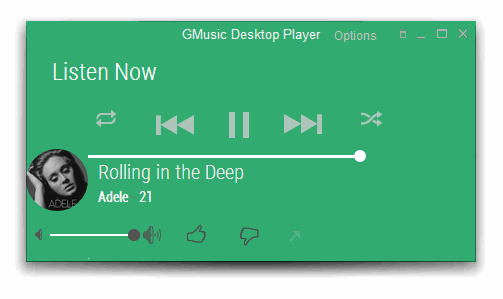 Since Version 1.9.15 it uses Opera/Chromium’s PPAPI Flash Plugin instead of Firefox’s NPAPI
https://get.adobe.com/es/flashplayer/otherversions/ Choose your Windows version and a PPAPI plugin

BTW: Thanks for your donations via PayPal, it means a lot to me. I appreciate your support.

THE SOFTWARE IS PROVIDED "AS IS", WITHOUT WARRANTY OF ANY KIND, EXPRESS OR
IMPLIED, INCLUDING BUT NOT LIMITED TO THE WARRANTIES OF MERCHANTABILITY, FITNESS
FOR A PARTICULAR PURPOSE AND NONINFRINGEMENT. IN NO EVENT SHALL THE AUTHORS OR
COPYRIGHT HOLDERS BE LIABLE FOR ANY CLAIM, DAMAGES OR OTHER LIABILITY, WHETHER
IN AN ACTION OF CONTRACT, TORT OR OTHERWISE, ARISING FROM, OUT OF OR IN
CONNECTION WITH THE SOFTWARE OR THE USE OR OTHER DEALINGS IN THE SOFTWARE.

Popular posts from this blog

October 15, 2015
WinXcorners version 1.0 Requirements Windows 10 x86/x64 Notice : This version doesn't support multiple monitors WinXcorners allows you to assign events to trigger on your main monitor corners, it activates when your mouse cursor hovers them, i.e. when you move your mouse cursor to your screen edges. These are the options that you can select: Show all windows, using Task view, the new Windows 10 feature. Show desktop Start Screen Saver, and Turn off monitors And when you are going to play video games, it includes a toggle option that will disable it temporarily. The application runs in the System Tray, by right clicking you can enable it to run when Windows starts (logon). Limitations: The application won't detect the screen edges if you are using (focused) an elevated privileged application. But you can always restart the application as administrator. If you have multiple monitors,
17 comments
Read more

September 20, 2019
TaskbarDock is a tool that will customize Windows 10’s Taskbar with few extra features. This is a WIP (Work In Progress) project, which has the following features planned. Center taskbar icons (relative to its area or relative to the screen) Transparency for taskbar option (incompatible with other tools) !important Hide or show taskbar’s start button and/or tray icon area, but visible on mouse hover It will have more features which are not available yet like: Taskbar’s area with skins Pinned icons editor with custom icons Group pinned icons switchable to another group Different icons for Windows 10 may 2019 update light theme Tile docks similar to Windows 10 Start Menu tiles Stacks similar to MacOS dock stacks Change pinned icons with custom ones Apply colors or images to taskbar areas (very experimental not included yet) How to use: Uncompress to a writeable folder and execute the program. It will hide its icon in the Tray Icon area (the are wher
1 comment
Read more